In the year 2200 the world is controlled by a international conglomerate known as B.I.G. Corp. Forced labor, 16 hour shifts, penny wages, and no dental insurance! Their rain over the globe must come to an end, but being run by the greatest entrepreneurs of all time, is there any hope! Bill Gates, Mark Zuckerberg, Elon Musk, and many more, all artificially preserved in robot bodies who are sworn to protect the C.E.O position. But a little robot named Robby found an M16 for sale his local B.I.G-Mart, and he's had enough of their evil ways. Robby Robot, its all down Robby Robot, the Entrepreneur Extreme, to fight his way to top and change things once and for all. Robby is ready? Are You? 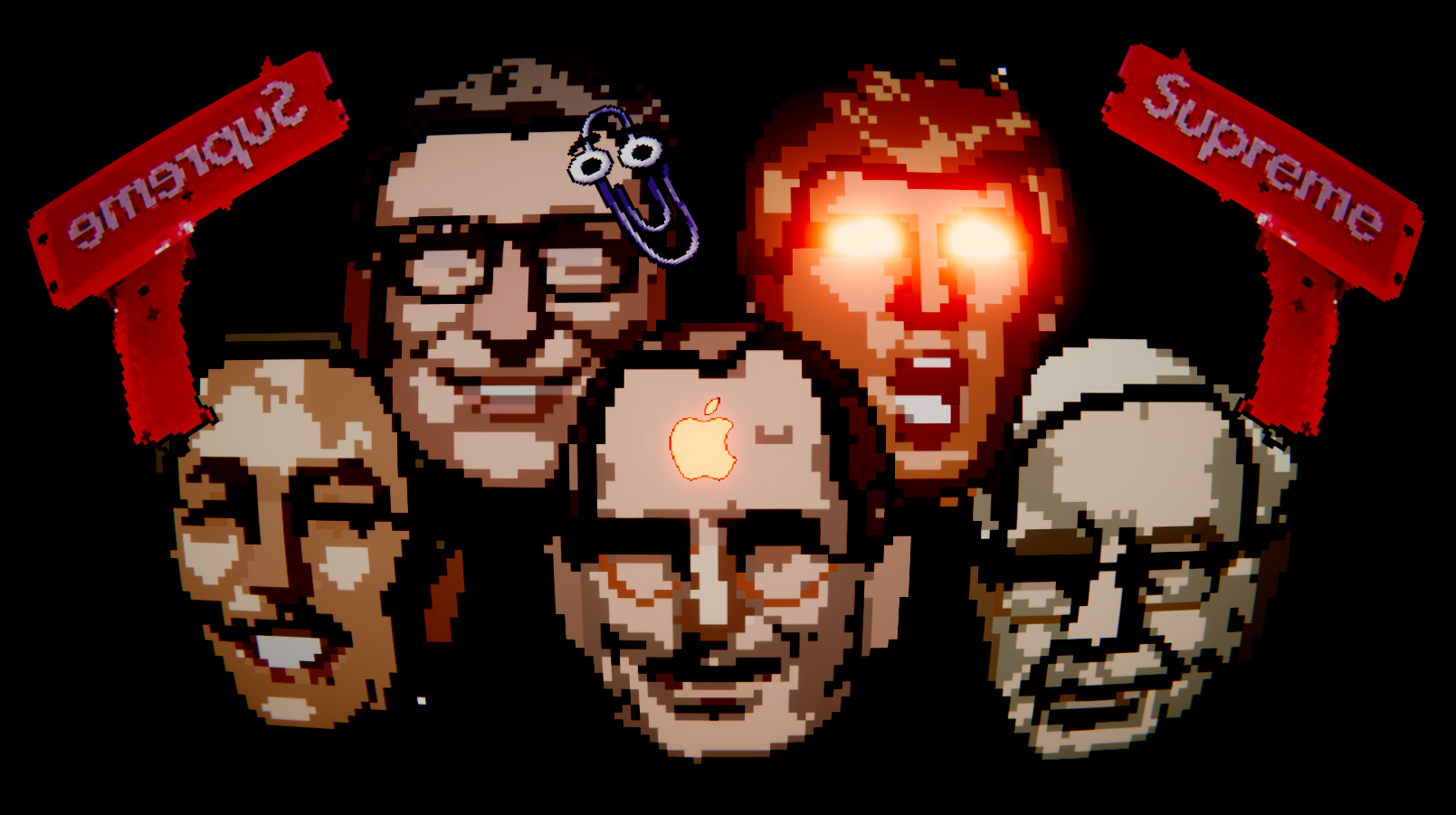 Fight You Way Up The Corporate Ladder