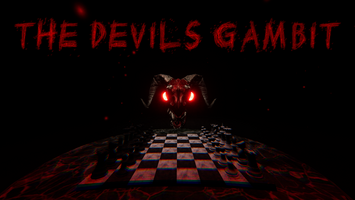 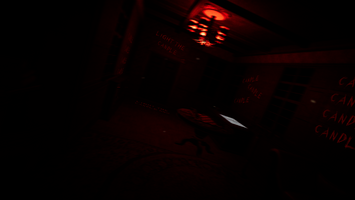 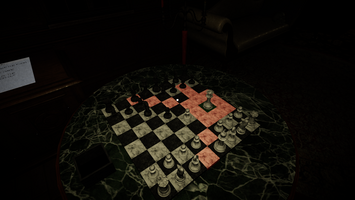 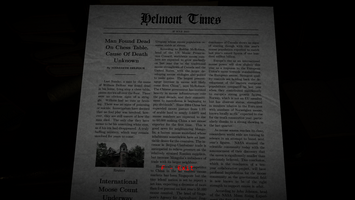 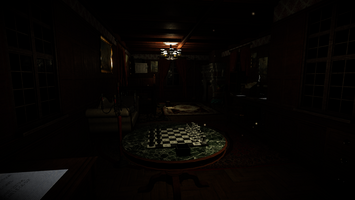 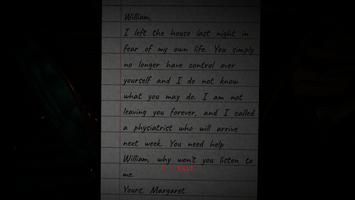 After a few weeks of hard work, I am proud to say that the Devil's Gambit is officially released! I have yet to see a horror chess game, and I am confident that this whole idea is 100 percent original! You've never seen anything like this, so go give it a try right now!! https://mager22brophybroncosorg.itch.io/the-devils-gambit

Now, after I've tried to sell you on the game, let's get into the Post Mortem!

The Devil's Gambit is a narrative driven, psychological horror, chess game. In the game, the player is tasked with beating the Devil at chess in order to kill his ex-wife through the Devil’s Gambit ritual. However, during the course of the game, the player finds secrets in the from of letters and newspapers. These clues help the player piece together the full story of what is going on with William.

There is a glaring problem with designing a horror game around a chess game: undetermined game length. There is a significant chance that one chess game could last 20 moves, and another, 60 moves. This makes it rather difficult to plan the horror events. Usually I implement a procedural horror system in my horror games as I do not like to test and retest scripted sequences, however, I felt a more hand crafted horror structure might better fit the theme of the Devil's Gambit. The only solution I found was to further interfere with the length of a game. At ply 30 in every game, the player gets a key which allows them to unlock the drawers to reach the final secrets of the game. Then the player is given the opportunity to finish early by burning the house down. Since the player will almost certainly reach ply 30 in each game, there is always a way for the game to have a conclusive end (as opposed to a checkmate coming out of nowhere). This does not solve the problem of unknown game length making it difficult to end the game at a logical time, but it does detract from the problem. I was planning on implementing a system where the severity of the horror events depended on the evaluation of the game, but this proved to be too complicated as the evaluation could drastically change from one move to the next. For instance the game could be tied and so the horror events would be weak, and then the player could blunder his queen and the horror would very quickly spike, something I wanted to avoid.

When I started the game all I had in mind was the words “horror chess.” After finishing the minimum viable product for the game, I realized that a chess game with some creepy elements was simply too boring. If all the player did was play chess and get a jump scare every now and then, there would be no appeal for most people. To solve this problem I added a more complex narrative to the game. This would not detract from the chess element of the game, while giving the player things to explore every once in a while. This story is in the form of letters and newspapers placed around the world. The player will be occupied with reading each of these accounts and trying to piece them together in a logical way. During the first section of the game, before the key is unlocked, the player will not immediately be able to tell just what is going on. That way, he will be more inclined to continue playing until he gets the key.

I have not released the game at this point, so I do not know how the story will be received by my player base, it is objectively a huge step up for me. I hadn’t focused on narrative elements in my games, as I was always more focused on the technical aspect. However, due to the constraints and challenges mentioned above, a more complex story was nearly required. What was originally straightforward and simple to understand: “Man plays scary devil game to kill his ex-wife” quickly develops into something more complex and multi-layered. I really enjoyed the creative process of building out this story and I am definitely going to be crafting these types of narratives when I work on projects that can have narratives.

Get The Devils Gambit